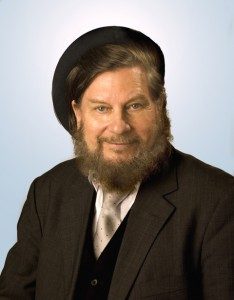 Founder and President of The Academy for Future Science, an international NGO (non-government organization). He is a social scientist, futurist, remote sensing and space law specialist. He is author of twenty books, his best-seller is The Keys of Enoch®. Among his many other books is one he co-authored with physicist, Russell Targ, entitled End of Suffering and Mind Dynamics in Space and Time co-authored with Dr. Elizabeth Rauscher and Desiree Hurtak.He has two Ph.Ds, one from the University of California (1977), and one from the University of Minnesota (1993). His M.Th. is from Luther Theological Seminary where he studied early Greek, Latin and Coptic literature from the Patristic period under Dr. Carl Volz.

Dr. Hurtak has accomplished extensive archeological studies in Egypt and was one of the principal discoverers in 1997 of the “Tomb of Osiris” on the Giza Plateau. He also worked in the pyramids of Mexico and Egypt doing GPR (Ground Penetrating Radar) and acoustic sound tests. He is research director of the Great Pyramid of Giza Research Association.

In the 1980s he was a Director at Technology Marketing Analysis Corporation, San Francisco, which sponsored RETSIE (Renewable Energy Technology Symposiums) and worked with six government agencies, in addition to NASA, to bring together over a thousand engineers, scientists and industrial leaders to exchange information on renewable energy technology. In the late 1980s and 1990s, he was scientific consultant for LASERTECH in Brazil which developed lasers for industrial applications and for the study of rapidly changing environmental conditions, particularly in the study of deforestation and the soil conditions in the Brazilian farmlands and throughout the Amazon. He and The Academy For Future Science are the holders of fourteen gold and silver medal film awards for his work in bringing science and art together in the media.

Dr. Hurtak was a scientific consultant for Sidney Sheldon’s bestseller of an alien encounter entitled The Doomsday Conspiracy (1992) and a researcher in the field of extraterrestrial investigation for over 35 years. He was a speaker at The First International Conference on ET Research in Acapulco with Dr. J. Allen Hynek.

Dr. Hurtak was a speaker at the United Nations Rio+20 (2012), the UN DPI Climate Forum, New York (2007) and was a participant at the UN World Summit for Sustainable Development (Johannesburg, 2002). He has spoken at major universities in Europe, South Africa, South America and the United States, and has spoken before the Russian Academy of Science and the Chinese Academy of Science.

He is a pioneer in the area of space law, having published papers with the American Astronautical Society and the Mars Society. In 2005 and 2012, he was an invited speaker to the Law School at Northeast University of Santa Catarina, Brazil, on space law and safeguarding non-renewable resources, and his papers have been published in McGill University’s Journal entitled Annals of Air and Space Law and The University of Mississippi, School of Law’s Journal of Space Law.

The Academy for Future Science, which he founded with his wife, Desiree, has helped the indigenous people in Africa and South America through their outreach of food, clothing and education and for this, Dr. Hurtak was made an honorary member of the Xavante Nation in Mato Grosso, Brazil. He has worked to promote clean water resources and environmental habitats using remote sensing with an understanding that time is running out for many non-renewable resources.

In the capacity of an international consultant Dr. J.J. Hurtak has been featured in numerous film documentaries, and has appeared on television programs throughout the world, including Evening Magazine, Good Morning Australia, Good Morning South Africa, 60 Minutes (International), Carte Blanche, Globo TV in Brazil and National TV in Japan, Hoy Mismo (Mexico) and the ECO-satellite program 2020 with famed journalist Jaime Maussan.

In the arts and humanities, J.J. Hurtak is lyricist for many CDs, including The Living Capstone-The Great Liturgy of the Divine Eternal Father (2000); The Sacred Language of Ascent (2006) with Alice Coltrane (not released); Rea Ho Boka (2009) with the South African Mighty Voice Cultural Choir; Sacred Name Sacred Codes (2012) with Steven Halpern; and Das Zeitzeugenkonzert with the German Symphonic Orchestra of Berlin (2010). 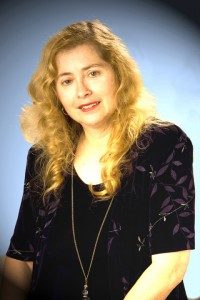 Social scientist, futurist and co-founder with her husband Dr. J.J. Hurtak of The Academy For Future Science, an international organization working in over fifteen countries. Dr. Desiree Hurtak is also an environmentalist and an author of several books. Her most recent work, co-authored with her husband, is entitled Overself Awakening which has already been translated into 6 languages, as well as The 72 Names of the Myriad Expressions of the Divine Mother. Her most recent book co-authored with her husband and Dr. Elizabeth Rauscher entitled Mind Dynamics in Space and Time.

Desiree has worked extensively in both Egypt and Mexico. She hosted a panel at the United Nations Rio+20 Summit (2012) where she presented The Academy’s work with the Indigenous peoples of Brazil, focusing on Youth and Sustainable development. She also presented at the UN DPI Climate Forum, New York (2007) and was a participant at the UN World Summit for Sustainable Development (Johannesburg, 2002). She also lectured at The Parliament of the World’s Religions in Melbourne (2009) and Salt Lake City (2015) and now Toronto (2018) as part of her work is to bring together a greater interfaith dialog. To this end, she was one of the co-founders of the Committee for Spiritual Values and Global Concerns (New York). She is also an Evolutionary Leader which allows for a dynamic networking of key critical thinkers from United Nations and other major academic institutions.

Dr. Desiree Hurtak has been a film producer with the Manhattan Neighborhood Network, a public access TV station. She has a Masters Degree in International Relations from Syracuse University and a Ph.D. from The New School University, in the area of Public Policy. She has worked extensively in Egypt and Mexico recording acoustic testing of many ancient structures and was part of the exploration in 1997 that found the “Tomb of Osiris” on the Giza Plateau.

She and her husband are well known for their media work including “The Light Body”, “The Voice of Africa“ and “Initiation” from which they have won 14 national and international film awards. She was a scientific consultant for Sidney Sheldon’s bestseller of an alien encounter entitled The Doomsday Conspiracy (1992) and recently was part of a film entitled Wisdom of the Wayshowers, which includes many leading futurists including Apollo 14 Astronaut, Edgar Mitchell speaking about the existence of the life beyond Earth and a musical CD Sacred Name Sacred Codes with Steven Halpern. Desiree has appeared on numerous films and radio presentations including The Deepak Chopa Show and Coast to Coast Radio.